Signs and Symptoms of Heroin Use

Heroin is both one of the most addictive and one of the most dangerous drugs. That’s why it’s terrifying how many Americans are using it – and dying from it. Synthetic narcotic overdose deaths have gone up more than seven times in just three years. What’s killing people so quickly is a nasty thing called fentanyl.

This article is about the signs and symptoms of heroin users. That’s what follows. However, it’s important to know that many dealers, (both large-scale and local), are spiking heroin with fentanyl, which is a substance up to 100x more potent than heroin itself. A few grains of pure fentanyl can literally kill a full-grown adult. It’s dangerous stuff, folks.

Therefore, it’s crucial to be able to recognize the signs and symptoms of heroin use. Someone you know, perhaps someone you love, could be using heroin and you should be able to tell so you can do something. We will also provide further detail on the dangers of heroin use, some signs and symptoms of withdrawal, and lastly some tips on how to address a potential user.

Track marks are a telltale sign of heroin use. They appear as bruised and/or reddish-purple marks on the skin that have a wound at the center caused by a needle. Track marks usually can be found on the inside of one’s arm, but also can be found on the legs, in between fingers and toes, and even near the eyeball.

However, users are also able to snort and/or smoke heroin in its powder form. Signs of this type of use will not include track marks, so it’s important to be able to recognize various other signs and symptoms of abuse.

The dangers of heroin? They are plenty. You can get ‘dopesick’ which means you’ll feel very ill when not high on heroin. You won’t eat or sleep properly. You’ll likely be vomiting with regularity, causing throat and mouth problems. The list goes on. Do a simple online search. It’s terrifying. Overdoses can be fatal, and even when they’re not, they cause systematic damage to the body and brain.

Some long-term effects of heroin use include changes in the brain that can cause the user to make poor decisions, show an inability to regulate behavior, suicidal thoughts/actions. Health and diet tend to take a back seat to heroin after repeated and increased use, so watch for weight loss and/or a drop in physical upkeep. Full-blown addiction to heroin will cause the addict to focus on virtually nothing other than the drug. This is why you often see homeless heroin addicts. They weren’t born that way. Many of them led normal lives, with responsibilities and assets. Then they sold both of those things for drugs.

According to the National Institute on Drug Abuse, (NIDA), “Repeated heroin use changes the physical structure and physiology of the brain, creating long-term imbalances in neuronal and hormonal systems that are not easily reversed.” And it doesn’t take long. Anyone can become addicted after just one use. After mere days of junkie-like abuse, everything you’ve just read about how heroin changes the body begins to happen, and some of it is irreversible.

The NIDA website also goes on to state that “…repeated heroin use often results in heroin use disorder—a chronic relapsing disease that goes beyond physical dependence and is characterized by uncontrollable drug-seeking, no matter the consequences.” This behavior will be easy to recognize. From personal experience, if someone you know is using heroin, you’ll probably be asked for money and it might even sound legit. If you’re at all suspicious, ask any and all questions you need to in order to decipher the truth. 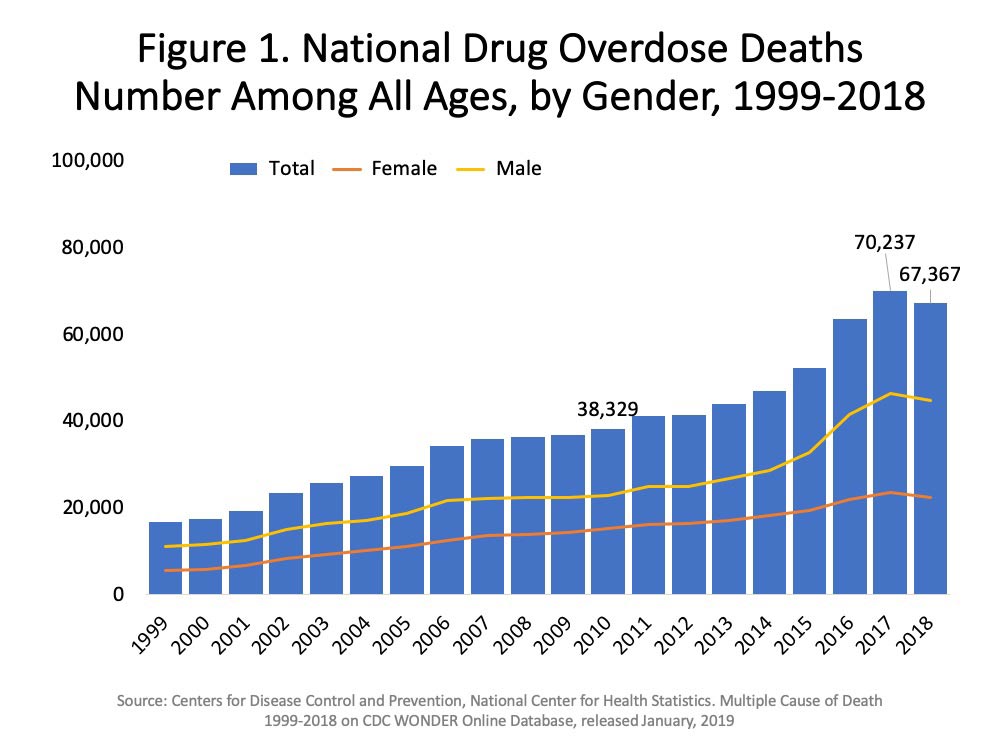 Lastly, this graph, provided by NIDA, should say in a nutshell just how dangerous heroin is, and just how prevalent its use has become. Statistics can be tricky from time to time, but this should be pretty straightforward. People are dying… lots of them, and often.

It’s important to be aware of what someone goes through when she or he quits heroin after an addiction to it. The period from quitting to (hopefully) normal health is known as withdrawal. This is because the body will crave heroin intensely, and in severe cases learned how to function with constant heroin present and must learn to readjust without it.

Symptoms of heroin withdrawal can include but are not limited to:

Medical professionals use a methodical, usually medicine-based treatment program to combat heroin withdrawal symptoms. It’s critical for a heroin addict to seek medical attention when choosing to quit. Not for nothing, the same goes for an alcoholic. Quitting ANY substance can be dangerous unsupervised, but with alcohol and heroin in particular, the process can be particularly daunting, both physically and mentally.

Here’s the hard part, the easier-said-than-done part. Let’s start with a situation where you know beyond the shadow of doubt that someone you care about is using heroin. The majority of addicts will never admit a problem exists. They’ll justify it to death… literally. That’s why it’s important to be blunt. Use some tough love. Tell them you know they have a problem. Show them examples, whatever they may be. Have they lost a relationship? A job? Do they look different? Prove the problem exists.

If you’re not comfortable with this approach, stage an intervention. With a bit of assistance from a trained professional, an intervention is a proven method for transitioning an addict from using to being on the path to recovery. It creates an inescapable situation but full of love and support. This forces the addict to at least address the issue, and with the social pressure of loved one being nearby and assembled.

Heroin is one hell of a drug, and fentanyl is fast becoming the most successful murderer in the history of the war on drugs. People are dying in vast numbers, and it’s still not being recognized as the problem it really is. Heroin addicts aren’t losers. They’re human beings. Chances are you either know someone who is an addict or know someone who knows someone who is. The problem is right here at home. Let’s erase the stigma and stop the addiction.