Plenty of companies offer incentive programs, or what are essentially performance-based payments. Realtors receive bonuses for closing deals on expensive homes. Journalists receive bonuses for winning a Pulitzer Prize. Heck, even the NFL doled out more than $121 million last year through its incentive program! But nothing has the impact like Pharmaceutical Incentive Programs.

Let’s switch gears for a moment.

The National Institute on Drug Abuse reported in 2011 that 52,000,000 Americans over age 12 had abused prescription pills at least once, and the number of reported prescription pill addicts was 8,760,000. Where are all of these pills coming from? Over 80% of them come right from the doctor’s office. A major role of pharmaceutical company representatives is to visit doctor’s offices in hopes of convincing the office to buy their pills from whatever brand they represent. Long sentence shorter, big pharma competes for business, from big hospitals to your local family practice.

The incentive is usually monetary, but can even include a trips around the world. With such stakes, surely pharma reps are pushing their companies to the max. One very vicious side effect of all this pill-pushing is the rampant addiction and abuse of prescription pills in the US.

Something else happened to quadruple during the time period of 1999 to 2010. Opioid overdoses rose from 4,000 annually to 17,000 annually. In 2014, more people died from opioid overdoses than ever before. The more pain medication prescribed the more overdoses that occur; this seems to be a direct relationship. 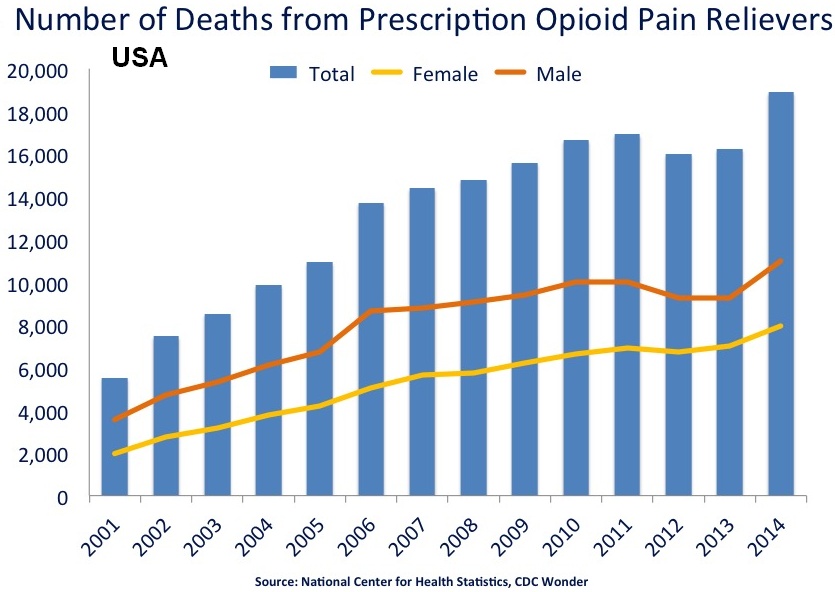 Purdue Pharma is the manufacturer of OxyContin, a powerful opioid painkiller. OxyContin was released to the market in 1996, and in its first year garnered $45 million in sales. Not bad. In 2000, the drug garnered $1.1 billion. That’s a 2,000% increase. Then, ten years later in 2010, OxyContin garnered $3.1 billion! These are incredible sales, and account for approximately one third of the entire painkiller market.

In 2007, Purdue Pharma was brought up on a criminal charge of misleading the “FDA, clinicians, and patients about the risks of OxyContin addiction and abuse by aggressively marketing the drug to providers and patients…” It took three years after the charges were filed for Purdue Pharma to make OxyContin less susceptible to abuse.

The case of Purdue Pharma is one of many that exemplify the desire for profit being greater than the desire for healing. Take Insys Therapeutics, for another example. They manufacture a product called Subsys Fentanyl, a painkiller spray ingested orally. Now subject to investigations, Insys Therapeutics has been peddling this extremely strong opioid (100x stronger than morphine) for fifteen years, and makes approximately $300 million annually. Meanwhile, well over 1,000 deaths from overdoses of Fentanyl have occurred, including the death of Prince.

Talk at length with your doctor(s) about any prescriptions recommended or given to you, or to your loved ones. It might even be a good idea to get a second or third opinion, given how many medical companies are under the sway of big pharma.