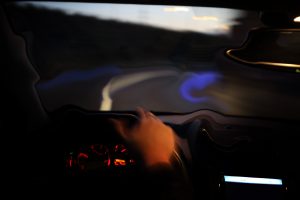 Driving under the influence is one of the most preventable crimes in the United States. Especially in the age of ride-hailing services and apps, it’s easy to avoid drugged or drunk driving, yet statistics from the Bureau of Transportation report that three people are killed in alcohol-related crashes every two hours. In the same survey, the Bureau cites that in 2010, 4 million American adults said they’d driven drunk at least once.

Many people are aware of the effects that alcohol and illicit drugs can have on the human body, but many legal and doctor-prescribed drugs also affect a person’s driving ability, making accidents far more likely to occur. If there is any intoxicant present in a person’s body, they are considered to be driving under the influence. Not only is it illegal to drive high or drunk, possibly resulting in getting a DUI citation or arrest, but it’s also incredibly dangerous. Drugged driving can bring harm to more than just the user, and the ramifications of doing so can have an impact on many people’s lives.

What Is Drugged Driving?

Drugged driving is driving under the influence of any intoxicant whatsoever. Alcohol and marijuana use are two of the leading causes of DUIs in the United States, but drugged driving is not limited just to these two substances. Illegal drugs like heroin, methamphetamine, LSD and cocaine significantly impair someone’s ability to drive, and prescribed pharmaceuticals of any sort can do the same. Even some store-bought or over-the-counter medications can alter a person’s consciousness enough to turn driving into a more dangerous activity.

Most people know the moral and legal consequences of drunk driving, but they may be unaware that even medication prescribed by a doctor can result in an accident or DUI if misused. It’s wise to ask your doctor if a medication that he or she prescribes to you will affect your ability to drive, and, if so, how long after taking it you have to wait before you can operate a vehicle.

Drugged or drunk driving is a common occurrence in some people’s lives. Many believe that just one drink or one hit of pot won’t affect their driving ability, but even a small amount of alcohol or drugs in the body can be enough to alter someone’s motor abilities and reaction times. Statistics from a 2013 – 2014 Governors Highway Safety Association roadside survey indicate that nearly 22 percent of all weekend drivers were under the influence of alcohol or drugs. This number could be much higher, however, as it’s substantially more challenging to test drivers for drug use than for alcohol in roadside conditions.

How Many Accidents Are Caused by Drugged Driving Each Year?

State law enforcement agencies are having a challenging time adjusting to changing marijuana laws. Though still illegal on a federal level, many states have legalized pot for medicinal or recreational use. With marijuana use increasingly becoming legalized throughout the United States, the rate of drugged driving accidents each year has increased. From 2007 to 2014, states saw a 48 percent increase in drivers testing positive for THC, the psychoactive compound contained in marijuana.

How Do Drugs and Alcohol Affect a Driver?

Every drug, including alcohol, affects a person’s ability to drive a vehicle, but not every intoxicating substance goes about this in the same way. Each substance changes various aspects of the brain and other bodily systems, making driving dangerous because of the possibility to react differently than while sober.

Alcohol, for instance, affects drivers’ central nervous systems by limiting activity in the brain’s neocortex and cerebellum. These parts of the brain are responsible for high-level decision making, coordination, and motor skills. Alcohol greatly reduces these systems’ ability to function, resulting in blurred or doubled vision, slurred speech, impaired balance and the possibility of blacking out, to name a few symptoms.

Marijuana affects different parts of the brain that respond to the plant’s cannabinoids. Memory loss, paranoia, hallucinations and a loss of coordination are some symptoms of pot use that may cause a driver to weave in and out of lanes, not respond to traffic lights or signs, or briefly lose consciousness, all of which can be incredibly dangerous when operating a vehicle.

Opiates, a widespread class of medication that has both prescribed varieties, i.e., Oxycodone, Oxycontin, Dilaudid and Vicodin, as well as illicit forms like heroin and fentanyl, affect a person’s brain differently than alcohol and marijuana. However, symptoms like memory loss and incredibly marked drowsiness can cause a driver’s abilities to become significantly impaired. Other illegal drugs like methamphetamine or cocaine can cause a person to become agitated, aggressive and reckless, to name only some of their effects. A driver under the influence of these or any other illicit drugs can cause injury or death to themselves or others.

Many people who drive drunk have other intoxicants in their systems. These substances can combine to create an even stronger effect on the user, so anyone driving intoxicated is substantially more likely to cause a potentially fatal accident.

Who Are the Most at Risk for Drugged Driving?

Anyone who drinks or uses any form of drugs and then chooses to drive is at risk of getting into a severe accident. However, men are much more likely than women to be involved in an accident involving drugs or alcohol. In 2010, men committed four out of every five DUIs, and 32 percent of these belonged to males between the ages of 21 and 34.

Another group that’s more at risk than others is those who engage in drug or alcohol use on a regular basis. People who binge drink, which is having more than five drinks in a setting for men or four drinks for women, are more likely to find themselves behind the wheel of a car more often, resulting in a much higher rate of accidents. This group was responsible for over 80 percent of drunk driving accidents in 2010.

Teens are especially susceptible to drugged driving. Their lack of experience with driving as well as with drug and alcohol use results in a particularly deadly combination. Teens exhibit less regard for speed limits and safe driving habits than adults, and drugs and alcohol can especially exacerbate this behavior. Car crashes are the leading cause of death for teens between the ages of 16 and 19. According to a 2016 survey by the Center for Behavioral Health Statistics and Quality, 12 percent of high school seniors reported driving under the influence of marijuana while 9 percent said they’d driven drunk.

Some people believe that they have a high tolerance for liquor or drugs and therefore are better suited to drive a car inebriated. This belief, however, is not true. Any amount of alcohol or drugs in a person’s system can result in a DUI or arrest by the police. The legal blood alcohol content, or BAC, limit in most states is .08  although a police officer can arrest anyone who’s showing signs of intoxication even if their BAC is below that percentage.

What Are the Penalties for Drugged Driving?

The most significant penalty that can occur because of drugged or drunk driving is causing death to yourself or others. Vehicles of any sort can turn into deadly weapons if operated by a driver who’s drunk or high. It’s for this reason that every state has strict laws regarding DUIs and DWIs.

Sixteen states have zero tolerance laws making it illegal for any measurable amount of a drug to be present in a driver’s system while operating a vehicle. Seven states have “per se” laws that make it illegal for any measurable amount of drugs to be in a person’s body outside the legal limits. States are also making more specific regulations regarding the parameters and legality of marijuana use.

Penalties for breaking these laws can be strict. Citations, arrests, jail or prison time, hefty fines, DUI classes, and rehab are just some of the punishments a person convicted of drugged driving can expect if they are pulled over or involved in an accident.

How Can Drugged Driving Be Prevented?

There are many ways to prevent drugged driving. The simplest and by far the most effective way is to never get behind the wheel when you’re under the influence of any substance whatsoever. If you’ve had anything to drink or you’ve consumed any intoxicant, find a designated driver to take you home. A ride-hailing or taxi service can take you where you need to go without you having to drive at all. If you’re in addiction recovery, it’s strongly suggested that you avoid going to places or events where alcohol and drugs are readily available.

It’s also important to not let anyone you know drive drunk or high. If you see a friend about to drive in this state, and if you’re not under the influence of anything, offer to take them where they need to go or get a taxi for them. Even if you’re not intoxicated, it’s important to pay attention to the road when you’re driving, especially on popular drinking days like the weekends and holidays. Always be sure to wear your seat belt.

Despite alcohol being legal to purchase by anyone over 21, the legal status of most drugs varies considerably. Marijuana is legal in only some states and still illegal on the federal level. Doctor-prescribed drugs, especially opiates, are highly controlled and illegal to use without a prescription. Illicit drugs, which include but are not limited to heroin, cocaine, fentanyl, LSD, inhalants, and methamphetamine, are entirely illegal no matter the state. Using these drugs can result in DUIs, injuries or fatal accidents.

Drugs and alcohol can significantly inhibit your ability to drive. With many states legalizing marijuana use, and with more and more people using it, drivers need to be aware of the risks that can come from drugged driving. With more ways available to people to travel without driving under the influence, drugged driving is more avoidable now than it ever has been.

Previous:
New Initiatives to Help Addicts Receive Treatment through Police Departments
Next:
How to Prepare for Rehab