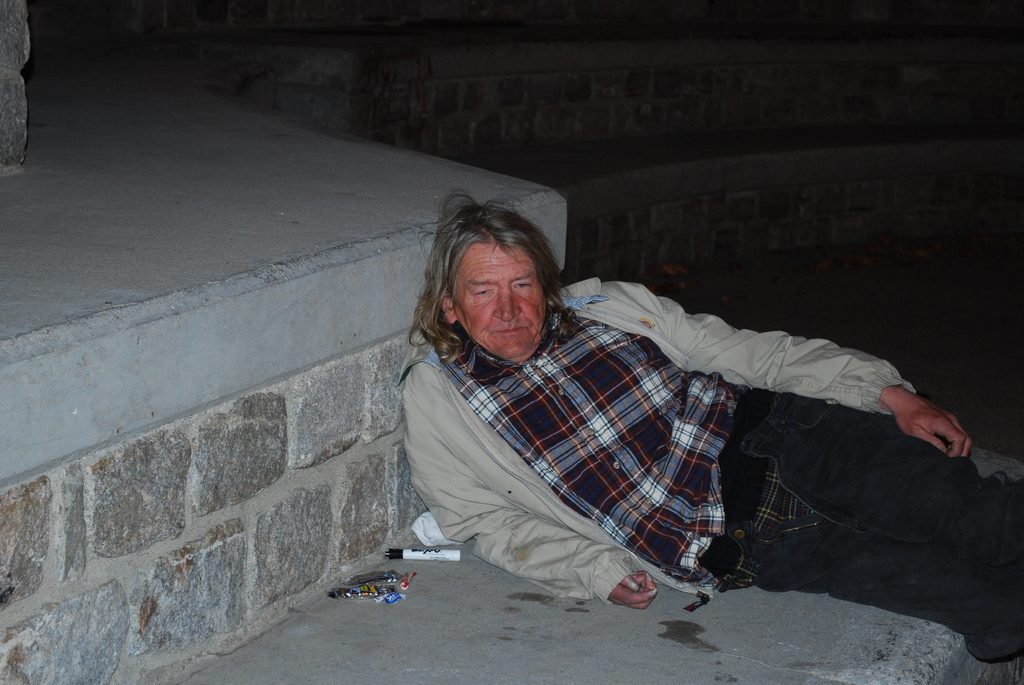 Be prejudiced for a moment. In your mind, picture a drug addict. Picture a jobless, alcoholic man with a Xanax addiction who lives alone and can barely afford to pay his utility bills. He’s so out of touch with modern society that he doesn’t have a computer, and rarely does he receive visitors. Now you should have an image of this man in your mind. Regardless of any other feature, did you expect him to be 78 years old?

This man is not real, but the problem of substance abuse among the elderly is very real. More than 2.5 million elderly people have a substance abuse problem in this country. It is, in fact, “one of the fastest growing health problems facing the country.” However, for reasons we will explore, “our awareness, understanding and response to this health care problem is inadequate,” according to the National Council on Alcoholism and Drug Dependence.

Nearly 10% of hospital visits among the elderly are caused by substance abuse. The same goes for 14% of their trips to the emergency room and for 20% of their psychiatric hospital admissions. Widowers aged 75 and over have the highest alcoholism rate in the nation. Half of nursing home residents battle alcoholism. High rates of prescription pill abuse and misuse are common among the elderly.

There are some evidence-based reasons for why the elderly face their own substance abuse epidemic, as well as some implicit causes for why this is so. Also, some factors only serve to worsen the issue, such as living alone or the fact that doctors are less likely to refer the elderly to substance abuse recovery programs.

Many reasons exist, both physical and psychological, for why the elderly may turn to drugs or alcohol. The majority of these reasons are unique to the elderly age group. Certain life situations can cause the elderly to self-medicate. Another cause for elderly substance abuse regards the lifestyle of their particular generation, the baby-boomers. Also, especially regarding prescription drugs, the elderly face an over-saturation of medicine as an age group. Over one half of the elderly currently take three or more different prescription pills a day.

Let it be noted that there are essentially two types of elderly substance abusers, those who had begun abusing early and continue to in old age, and those who start abusing in old age. People over 65 who have abused drugs and/or alcohol throughout their lives are nicknamed ‘hardy survivors,’ and those who begin later in life are nicknamed ‘late onset’ substance abusers. Obviously the hardy survivors are more at risk than the late onset abusers, but substance abuse remains as deep a problem for one as it does for the other.

Reasons why the elderly may turn to substance abuse:

These are reasons why an elderly person might continue to abuse (hardy survivors) or start to abuse (late onset) drugs and/or alcohol. People move away, jobs must be left, health is deteriorating, and loneliness occurs more often than ever. There are also more increasingly complicated factors that contribute to this growing problem.

Another medical contribution to the problem stems from research done in 1982. The researchers found there was a “decline in encounter time for patients 65 years of age and older compared with those 45 through 64 years of age.” If people over sixty-five with substance abuse problems are not being diagnosed as such, and are also not being seen by doctors as long as others, it’s almost no wonder this is a growing problem.

Lastly, today’s elderly people consider substance abuse very much a private matter, and may feel great shame which leads to reclusion. The Center for Substance Abuse Treatment explains that due to this possible shame, the elderly are much less likely to seek professional help on their own. The same actually goes for the friends and family of the elderly, especially for their children. “Many relatives of older individuals with substance use disorders, particularly their adult children, are also ashamed of the problem and choose not to address it.”

If you were born between 1946 and 1964, you are considered a ‘baby-boomer.’ The baby boom was a spike in the birth rate that occurred after World War II. There were 76 million children born in America during this time, and the birth rate reached levels unseen since the 1920s. These baby-boomers, according to the Partnership for Drug-Free Kids, “had much higher rates of illicit drug use as teenagers and young adults than people born in earlier years.”

For the first time ever, both the accidental drug overdose rate and the opioid abuse hospitalization rate are higher for baby-boomers than for those currently aged 25 – 44. According to The Wall Street Journal, between 1990 and 2010 “the rate of death by accidental drug overdose for people between ages 45 and 64 increased eleven-fold.” Annually, a drug abuse survey is conducted by the U.S. Dept. of Health and Human Services. In 2012, the survey showed that less than 20% of those aged 65 and over had ever used illicit drugs, but for those aged 64 and under, nearly half had used them.

What this all means is that baby-boomers as a generation contribute greatly to the present issue of elderly substance abuse. This notion was summarized well by Dr. Wilson Compton, deputy director of the National Institute on Drug Abuse: “As the baby boomers have aged and brought their habits with them into middle age, and now into older adult groups, we are seeing marked increases in overdose deaths.”

The baby-boomers are not the only ones to blame. A large portion of current baby-boomers do not even qualify as elderly. On the same token, there are members of the elderly who abuse substances but are not baby-boomers. One might argue that the biggest contributor to elderly substance abuse outside of the baby-boomers is prescription pill abuse and misuse.

Prescription Pills and the Elderly 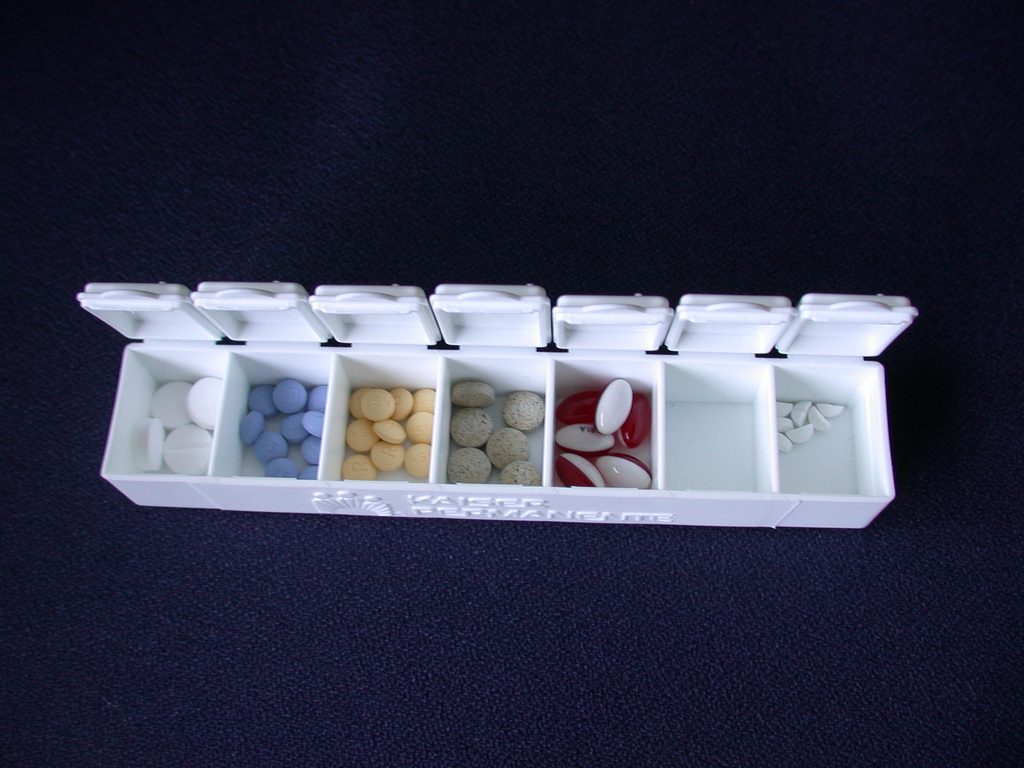 Studies have shown up to 23% of all prescriptions given to the elderly are benzodiazepines. This class of drugs is known to be sedative, hypnotic (sleep-inducing), and muscle-relaxant. The most common benzodiazepine is Valium. Well over 10 million people report abusing Valium per year, making it the third most abused tranquilizer in the US. The number of hospital visits involving benzodiazepines increased six-fold between 1999 and 2011.

Abusing prescription pills isn’t the only way they can be damaging to the elderly. Misuse of a legal drug occurs when the medical directions are not followed. Misuse could mean taking too many pills at once, and could also mean taking the right amount of pills but too frequently. Misuse can be committed voluntarily or by accident. According to the Center for Applied Research Solutions, the elderly “are particularly vulnerable to prescription drug misuse.” You may recall from previously in this text that the elderly are seen for less time by doctors than any other age group. This may be resulting in the elderly being misinformed on the pills they have. This and several other factors make prescription pill abuse and misuse (as well as other illicit drug/alcohol abuse) especially dangerous for the elderly.

Substance Abuse is More Dangerous for the Elderly

As we age, our minds and bodies tend to fail us slowly. Because of this, the dangers elderly people face when abusing substances are greater than they are for other demographics. Specific dangers exist for those over 65 who engage in drug and/or alcohol abuse.

Unfortunately, it is predicted that the number of elderly people with substance abuse issues is rising. Part of this is population-based, since those aged 65-70 are the part of the populous growing the fastest. However, a large part of this remains due to a lack of knowledge. Elderly substance abuse is known as a ‘hidden dilemma.’

Said best by the US National Library of Medicine, substance abuse among the elderly will only cease when further means of prevention are instilled into the medical community. The quote:

“Studies have shown that intentional abuse of prescription drugs is increasing among all age groups. As the number of persons 65 years of age and older skyrockets with the aging of the baby boomers, experts predict that prescription drug abuse among the elderly also will rise significantly. Efforts to increase awareness of drug abuse among elderly patients, caregivers, and health care practitioners, as well as research into how best to prevent and treat the elderly drug abuser, will be necessary to thwart what could become a significant public health problem.”

Previous:
“Super-Prescribers” are being Placed on Aetna Watchlist
Next:
Drug Cartels Use Lethal Substitute to Save Money